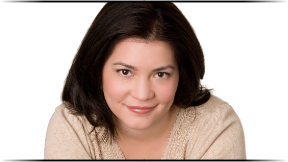 very author has a "call" story. It's the story about the first time that she received a "call" telling her she would be published. This event is so momentous that it's never about a call, but the call. My call story is pretty strange and convoluted.

No call story every really starts at the beginning. They don't talk about the months spent writing, the sleepless nights spent revising (because unless you are independently wealthy, and I am not, you have a day job before you get published--and usually you have a day job afterwards, too), the myriad critique sessions that leave you tearing your hair out because there is so much left to be done, but you know your critique partners are right, too. They always start very near the end.

My call story starts--or begins to end, rather--with the roll of virtual dice. Sherry Thomas, now a decorated veteran of romance writing with numerous accolades to her name, was celebrating the release of her first book, Private Arrangements, with a Pay it Forward contest, where she offered to help the winner write a query letter. I cannot write query letters to save my life, so I entered. And luckily for me, I won.

Eventually, she realized that I not only could not write a query letter, I could not describe my book adequately to even make it so that she could write one for me. She asked to read pages. And she liked them and offered to recommend me to her agent, Kristin Nelson. Kristin told me to send her the full manuscript. I did. A week later, I had a conversation that I recall going something like this:

Woman with pleasant and chipper voice: Hi. Is this Courtney?
Me: Yes?
Woman: Well, this is Kristin Nelson, and I'm calling to say I love your book and want to represent you.
Me: <Dead silence.>
Kristin: Is this not a good time to talk?
Me: You read it already? Shouldn't it take you months for that?
Kristin: Oh, was I supposed to take longer? I can call back tomorrow.
Me (suspiciously): Are you sure you're really you?
Kristin: . . .
Me: Because if you're not, it's okay.

I was only temporarily tongue-tied, not permanently stupid, so once I had my wits back about me I said yes. After that, I did another round of revisions on my manuscript. Kristin sent it out. And then, before I could really get my head around the fact that actual editors might actually be reading my book, I got the following phone call:

Kristin: So, I have offers on PROOF BY SEDUCTION.
Me: What do you mean, offers?
Kristin: Editors want to buy it.
Me: Editors? But that word is a plural.
Kristin: Yes.
Me: Hm. How odd. What does all this signify?
Kristin: It means you are going to be published. But first, there will be an auction.
Me: . . . . Does not compute.

And lo and behold, there was an auction. The only notable point of the auction was that I had just gotten (as in the same day as the auction) a new puppy. And my brand-new puppy had never heard my cellphone ring until Kristin called on auction day. My ringtone surprised the puppy so much that he peed right where he was standing, which happened to be on the bed.