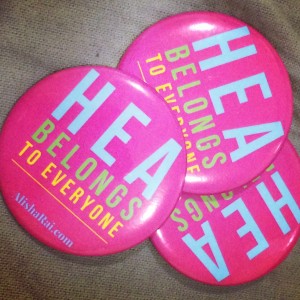 Hi everyone. A reminder: my posts are my own personal opinion, and not the views or policy of any other organization.

I know there’s been talk about recent events–some of it public, some of it private. I wanted to lay out how I see it. I recognize that there are other viewpoints. But I feel that some of the talk has centered on what is “nice,” and I think it’s important to step back and take a look at the broader issue here.

I’m not naming names, because–believe it or not–I don’t want this to be about the person who set off this firestorm, and I don’t want to hurt her. If I use her name, this post will show up in Google searches about her, and that might hurt her.

Here is how I see what happened:

That’s how I see the history.

Why do I personally speak out on this issue, and why is it important for me to continue to speak out?

Because of items 1, 2, and 3 on the list. Underrepresented people are systematically being excluded from benefits that are extended to white, straight authors. Kirkus Reviews published a piece admitting that, with only a tiny number of exceptions, they don’t review romances except those written by white authors.

Skip the reasons. Just look at that sentence. Kirkus Reviews published a piece admitting that, with only a tiny number of exceptions, they don’t review romances except those written by white authors.

This isn’t about who is nice and who is mean. It’s about a fundamental injustice that is being dealt, over and over, to people of color, to queer authors, to disabled authors, to religious minorities, to trans authors–authors who don’t want a leg up; they just want the same chances.

White, straight authors, I know you have all told yourself at some point, reading about past injustices, that you would do what was right. You’ve read about heroes and heroines who put themselves in great danger to change the world. You’ve told yourself that if you’d been in their shoes, you’d have been the one who stood up and helped instead of taking a backseat.

You don’t have to put yourself in personal danger todayÂ to stand against injustice. You just have to say that happily ever afters belong to everyone. To say thatÂ everyÂ author deserves a chance at a career. To stand up and shout that an author’s book should have a chance to be judged based on the quality of her writing, and not on the color of her skin.

Kirkus Reviews published a piece admitting that they don’t review romances except those written by white, straight authors.

Yes, I’m mad. As a career-focused romance author, I’m mad that some authors are being systematically denied the opportunity to have a career creating happy endings.

If you care about romance and the future of the romance genre,Â why aren’t you angry with me?