Now, you may have noticed that Julie James and I have had a friendly partnership in DA BWAHA–I help her get votes, she helps me get votes. It was nice while it lasted. But now we’re forced into head-to-head competition, in this the final round of DA BWAHA.

(Someone tell me: How did I get into the final round of DA BWAHA? Oh–it’s because you all voted for me! Thank you!)

Humph. Most people will say that things look grim for our hero. (That’s me, in case you’re wondering.) But why be deterred by ordinary things like facts, when I can prove that I will win by mathematics?

Behold and weep! These are my win margins: 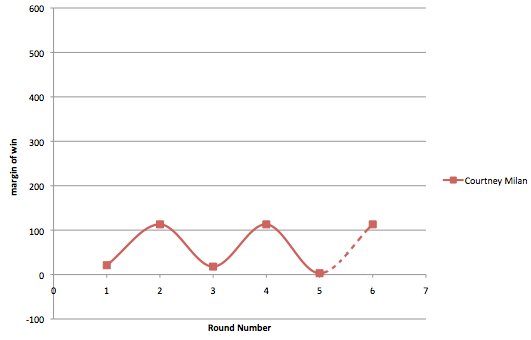 You see? How else can you explain this data, except with some sinusoidal function? It must be! 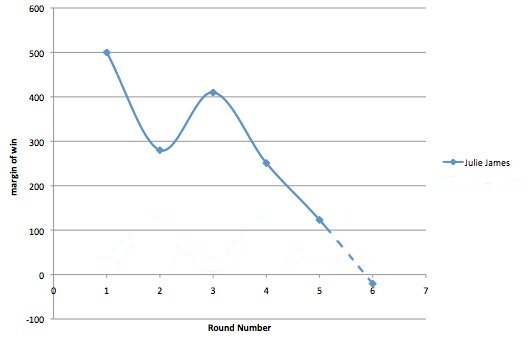 Holy cow! What looked like rampant winning is actually a trend that will end in loss and gnashing of teeth!

Take a look at what they look like together: 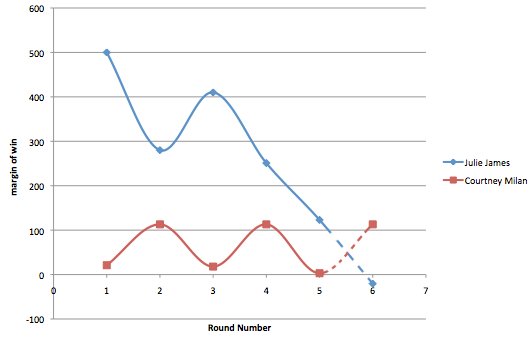 Come on, guys. Can you argue with math? Really, can you?

Okay. Maybe you can. But would you want to? If basic math fails us, the sun won’t shine, the earth won’t spin, and e-books will be priced higher than the paper version. A vote for Courtney Milan’s Trial by Desire is a vote for the inevitable order of the universe as we know it. A vote for Julie James’s Something About You is a vote for chaos and economic destruction. Vote for Julie James if you don’t like gravity.

P.S. This entry is 100% totally completely serious, and I mean it. Really. I mean, who scoffs at math?