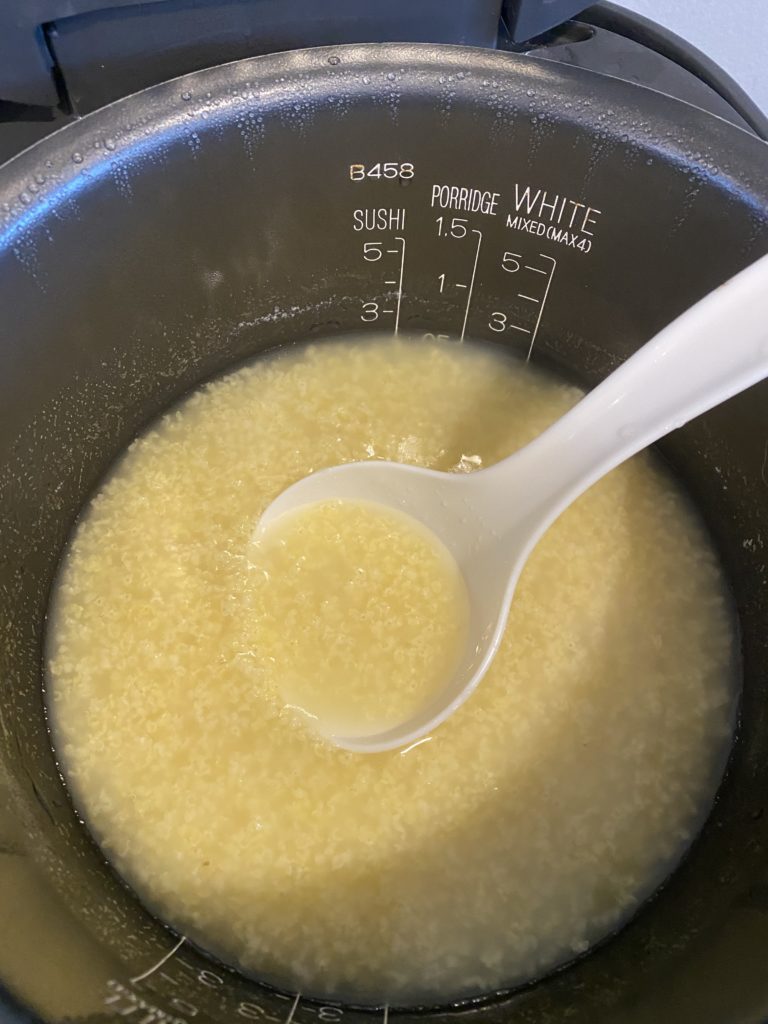 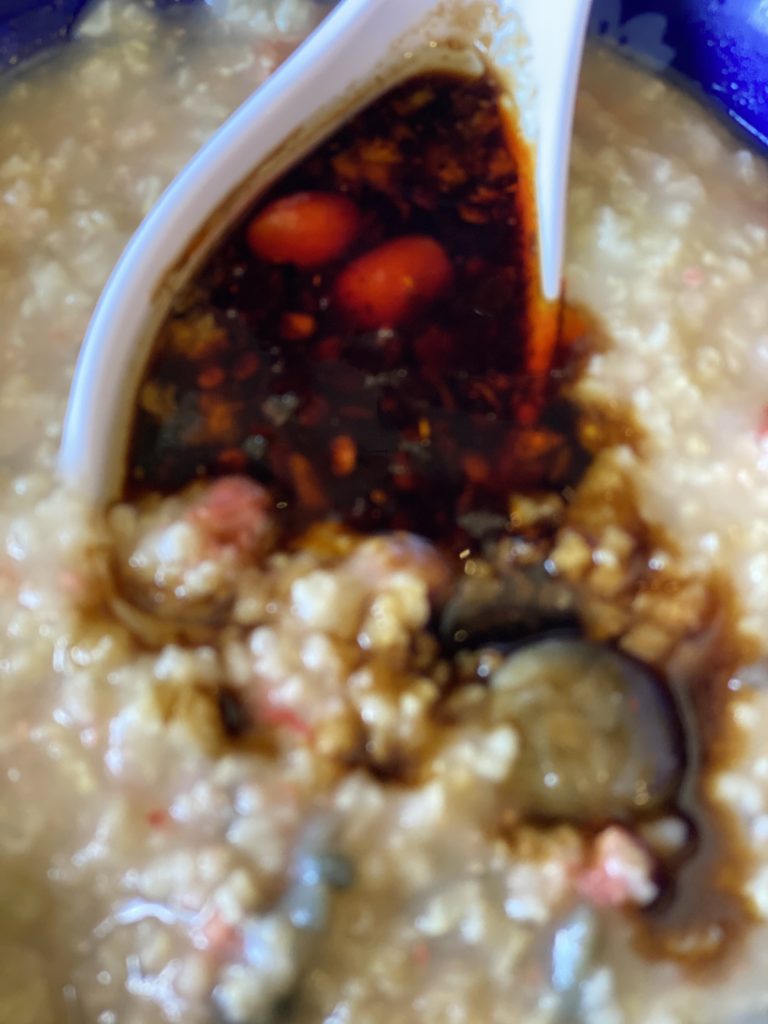 Jook (you may have heard of it by the Mandarin term congee) is a porridge/gruel made by cooking grain (often rice) with a large quantity of water until it's nice and mushy. Savory additions of your choice can be added, anything from meat to fish to preserved duck egg to chopped up vegetables. Finally, season it with whatever you like. I like soy sauce, sesame oil, and about half a spoonful of Lao Gan Ma's Fried Chili Oil.